Scientists say that the release of large amounts of methane from thawing permafrost in the Arctic could have huge economic impacts for the world. The researchers estimate that the climate effects of the release of this gas could cost $60 trillion (£39 trillion), roughly the size of the global economy in 2012. The impacts are most likely to be felt in developing countries they say.

The research has been published in the journal Nature.

Scientists have had concerns about the impact of rising temperatures on permafrost for many years. Large amounts of methane are concentrated in the frozen Arctic tundra but are also found as semi-solid gas hydrates under the sea.

Previous work has shown that the diminishing ice cover in the East Siberian sea is allowing the waters to warm and the methane to leach out. Scientists have found plumes of the gas up to a kilometre in diameter rising from these waters.

In this study, the researchers have attempted to put an economic price on the climate damage that these emissions of methane could cause. Methane is a powerful greenhouse gas, even though it lasts less than a decade in the atmosphere. 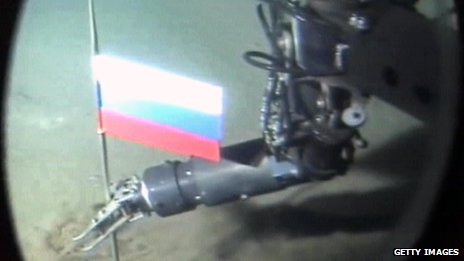 Using an economic model very similar to the one used by Lord Stern in his 2006 review of the economics of climate change, the researchers examined the impact of the release of 50-gigatonnes of methane over a decade. 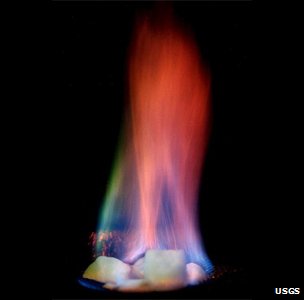 They worked out that this would increase climate impacts such as flooding, sea level rise, damage to agriculture and human health to the tune of $60 trillion.

“That’s an economic time bomb that at this stage has not been recognised on the world stage,” said Prof Gail Whiteman at Erasmus University in the Netherlands, and one of authors.

“We think its incredibly important for world leaders to really discuss what are the implications of this methane release and what could we indeed do about it to hopefully prevent the whole burst from happening.”

The researchers say their study is in marked contrast to other, more upbeat assessments of the economic benefits of warming in the Arctic region.

It is thought that up to 30% of the world’s undiscovered gas and 13% of undiscovered oil lie in the waters. Transport companies are looking to send increasing numbers of ships through these fast melting seas. According to Lloyds of London, investment in the Arctic could reach $100bn within ten years.

But according to the new work, these benefits would be a fraction of the likely costs of a large scale methane emission. The authors say a release of methane on this scale could bring forward the date when global temperatures increase by 2C by between 15 and 35 years.

New research suggests that permafrost is also melting in Antarctica. Scientists have found that ground ice in the McMurdo Dry Valley Regions has accelerated consistently between 2001 and 2012, rising to about ten times the historical average. The researchers say that rising temperatures do not account for this increased melting but to an increase in sunlight caused by changes in weather patterns.

“We are looking at a big effect,” said Prof Peter Wadhams from the University of Cambridge, “a possibly catastrophic effect on global climate that’s a consequence of this extremely fast sea ice retreat that’s been happening in recent years.”

Some scientists have cautioned that not enough is known about the likelihood of such a rapid release of methane. Even though it has been detected for a number of years, it has as yet not been found in the atmosphere in large amounts.

“We are seeing increasing methane in the atmosphere. When you look at satellite imagery, for instance the Metop satellite, that’s gone up significantly in the last three years and the place where the increase is happening most is over the Arctic,” he said.

The authors say that the impacts of the extra methane would be felt most in developing countries which are more vulnerable to rising waters, flooding and the agricultural and health impacts of rising temperatures.