The Daily Startup: Clean-Tech Funds Keeping It In The Family

Clean-technology investing is on the decline. Venture capital firms put just $2.74 billion into clean-tech startups in 2013, down from a high of $6.02 billion in 2008, according to Dow Jones VentureSource. A few recent glimmers of hope haven’t caused traditional VC funds to flood back into the sector yet, but family offices have filled the void to some degree. The latest is Prelude Ventures, which has emerged in recent months as one of the more active clean-tech investors, Yuliya Chernova reports for VentureWire.“These are big, big markets that continue to grow rapidly,” said Tim Woodward, managing director at the San Francisco firm. Other family offices, including those affiliated with the Pritzker and Walton families, have been active too.

For Prelude, “the LP base provides the capital in somewhat of an evergreen mode,” said Mr. Woodward, adding that the family-office structure allows for a longer-term approach than a standard venture fund. Family offices could start to see some clean-tech competition, however. Venture investors’ appetite for the sector may be whetted by recent exits like SolarCity, Nest Labs, Tesla Motors and Opower. 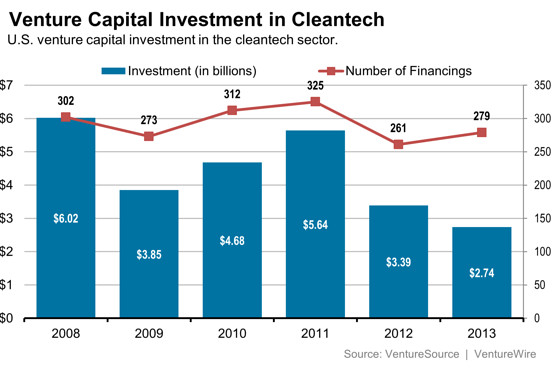 (VentureWire is a daily newsletter with comprehensive analysis of all the investments, deals and personnel moves involving start-ups and their venture backers. For a two-week trial, click here.)

ELSEWHERE AROUND THE WEB: